One cookbook that's survived a few moves with me is Food Network Kitchens: Making It Easy. Now this cookbook is special for a couple of reasons. One, I have no idea why I bought it. Two, I had never opened it until this week.

Most of the cookbooks in my collection are carefully curated. I know why I bought them and I regularly refer to them or they're gone. This one has survived.


Do you regularly cull your cookbooks? Or have you found surprises in your collection too? 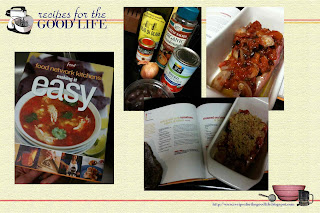 The recipes are neatly laid out and easy to follow. However, there's no overall prep/cook time estimates and no photographs of the finished dish.

We made the Sole Gratin with Tomatoes, Capers, and Olives, substituting fresh caught Halibut from Half Moon Bay for the fish. We also didn't have an onion so we used a shallot instead. One thing I wasn't clear about was why the recipe called for folding the fish in half. Anyone know? 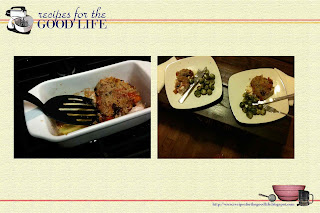 Knowing how simple and flavorful one of the recipes in this cookbook is, I'm definitely going to open it again.
at 5:05 AM