From attending the last two events, I learned that I needed to bring snacks and desserts that I could eat. The dairy-free options at Cisco Live! are pretty limited. (They actually don't need to be, but that's a post for another day). I had a couple of KIND bars in my bag when I went into Napa Farms Market at Terminal 2. 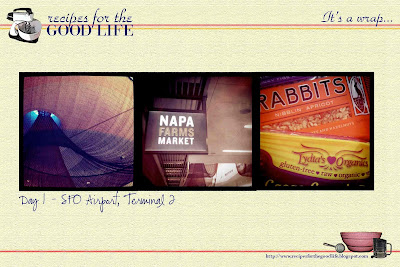 I had triple the amount of snacks as well as a plethora of dessert options when I walked out $34 poorer. I was pleasantly surprised to find Gluten-free as well as Vegan snacks available for purchase. I wish all airports were as accommodating to dietary restrictions. 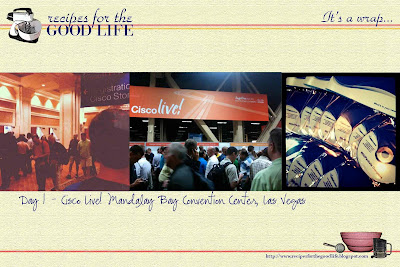 This was our fourth event at the Mandalay Bay Convention Center (Interop Las Vegas is also held here), so a change of hotel and behavior was in order. I switched from New York, New York, to The Excalibur. I also walked rather than take the tram (approximately 0.8 miles one way or 1.6 miles round trip). There was lots to see (and be tempted by) between the two venues. 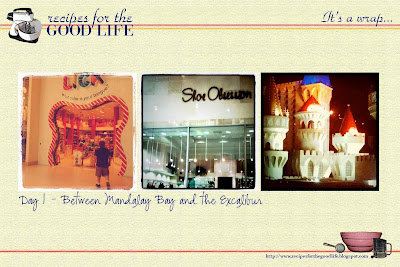 There were at least four candy stores. I don't know how parents were able to keep their kids out - kids seemed to be running towards the sugary treats every time I turned around.

This weekend, I'll recap the food I ate in Las Vegas (besides Aureole as I shared that dining experience earlier this week), the food served at Cisco Live (primarily the desserts), and my safari.

Have a great Friday! Hopefully some sun will shine where you are.


Bon Apetit!
Eden
P.S. Be sure to check the blog tomorrow, there's going to be a combined Retro Kitchen and Bedside Reading post that you won't want to miss! If you love vintage cookbooks, this is your post.
Credits: All images taken by Eden Hensley Silverstein for Recipes for the Good Life.
at 7:57 AM