On Saturday I finally got around to attempting the next batch of vegan ice cream.
I started with a Vanilla Vegan Ice Cream recipe from Elana's Pantry and adapted widely. 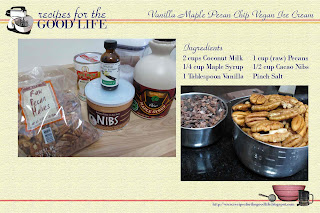 I really wanted ice cream so I didn't let the fact that we did not have cashews in the house deter me. I substituted pecans. With the exception of cashews, I had all the ingredients the original recipe called for. However, I prefer the taste of maple syrup to agave nectar and wanted a creamier ice cream (hence the substitution of coconut milk for water.) 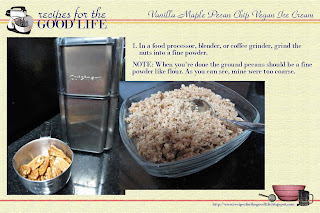 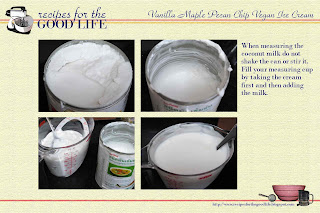 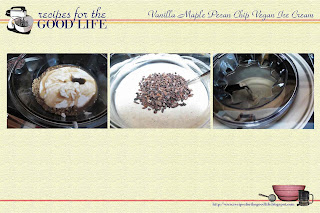 Overall, I was happy with the taste. The texture though was another story. We avoided the dreaded ice crystals but the ice cream isn't really cohesive.
Do you have any tips for getting a creamy vegan ice cream without ice crystals?
I'm going to try this recipe again with three changes:
If you try this recipe, or have suggestions for improving it, please share.
at 5:05 AM