Last week my grandmother turned 90 years old. Quite an accomplishment by itself, more amazing when I found out she's the first female in my family to reach 90. My parents and my aunt and uncle, as well as cubes, took her to Skate's on the Bay in Berkeley to celebrate. 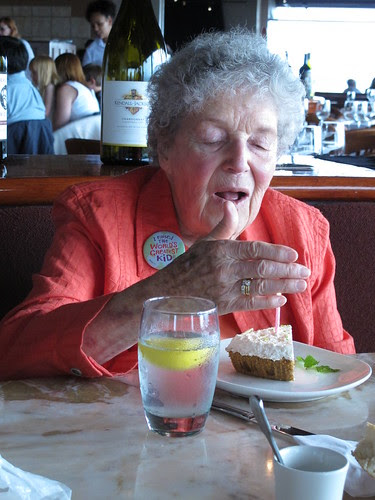 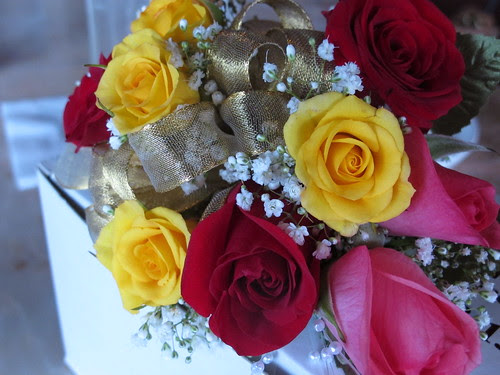 The other idea was an adult version of an Easter Egg hunt. We all gave my aunt and mom bills in various denominations. They then filled a gift bag with plastic eggs. Some of the eggs had chocolate, others had bills folded in origami shapes, and others just had a neatly tied roll of bills. My grandmother was super excited as she'd had her eye on a pair of new shoes. 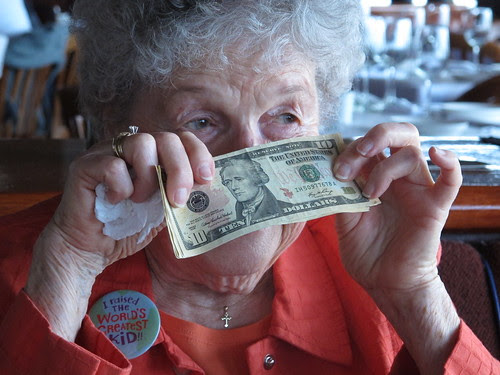 Service was done with a flourish. They did a tableside plating of their New England Clam Chowder (cubes said it was very flavorful) as well as their Chocolate Indulgence Cake. 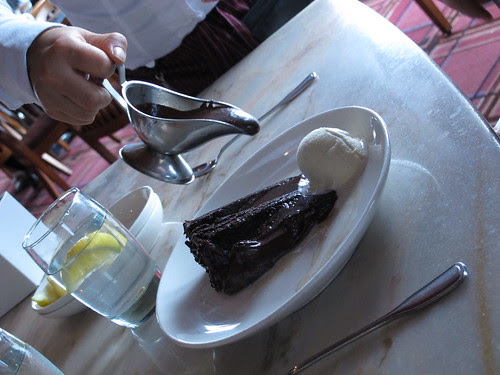 As usual, more photos are on Flickr. (This morning's somewhat regular column Ingredients will appear later this morning; I couldn't wait to share my gram's birthday celebration.)

Credits: All images taken by Eden Hensley Silverstein for Recipes for the Good Life.
at 7:07 AM

Email ThisBlogThis!Share to TwitterShare to FacebookShare to Pinterest
Labels: brunch, family style, Skate's on the Bay