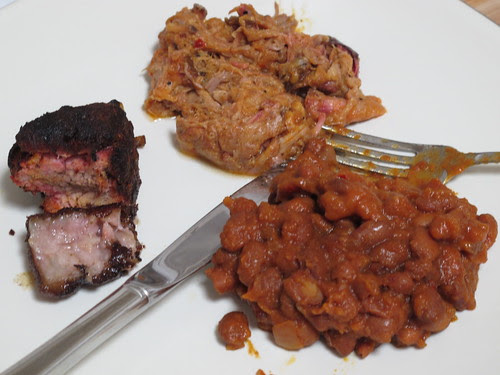 You might remember that back in December I was craving Texas BBQ. (The Armadillo Willie's chain in the South Bay just doesn't cut it.) Well since mid-February I've been on a mission to satisfy that craving. We're averaging two visits a week at the moment. Yesterday I introduced my team to Sneaky's (got take out Tuesday night and snuck it out to the East Bay) - they loved it. 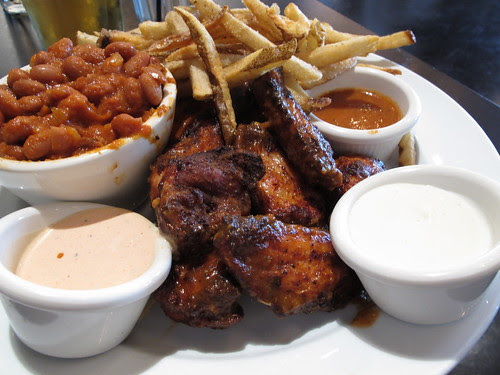 If you want to guarantee that you'll get a seat and some BBQ, come early! Don't wait until 10pm to scratch that itch. There's pent up demand (I'm not the only poor soul who's been BBQ deprived) and some nights they run out! If you want to dine in later in the week, go early before happy hour really gets going or sneak in around 8:40 or so when the early diners free up tables. We came in one Friday night to discover all the tables were full. (Those table grabbing skills I acquired back in East Lansing served us well - nabbing a 2-top with 4 spots and sharing with another couple until the adjacent 2-top opened up.)