I discovered where SpriteKat got the idea that cheese equals mice. She's an avid reader and directed me to a children's tale about food, The King, The Mice, and The Cheese

. It was written and illustrated in 1965 by Nancy and Eric Gurney.

Basically the story goes like this. The King's cheesemakers produce the most amazing cheese. A mouse smells this cheese. He tells his friends and they come to the kingdom. 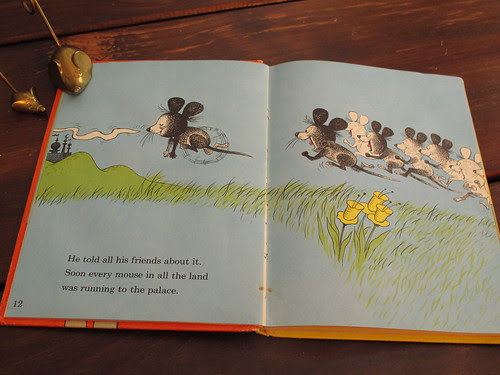 The King then entertains the mice nightly at elegant dinner parties and they all live happily ever after. 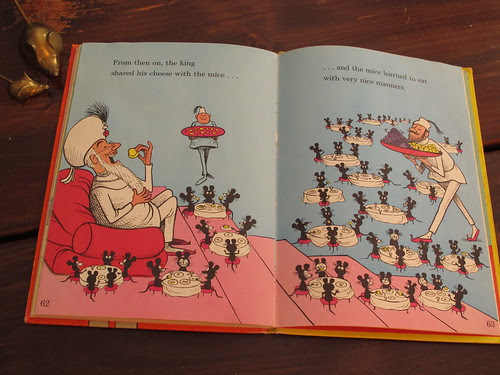 Ok, there's a little more to the story than that. The king and the mice didn't exactly get along from the start, but you'll have to the read (or listen to) the story. Let just say sharing and manners save the day (and the kingdom from ruin by stampeding elephants).

This book and its illustrations are inspiring my invitations for SpriteKat's party. Where do you draw inspiration from?

Bon Apetit!
Eden
Credits: All images taken by Eden Hensley Silverstein for Recipes for the Good Life.
at 7:57 AM